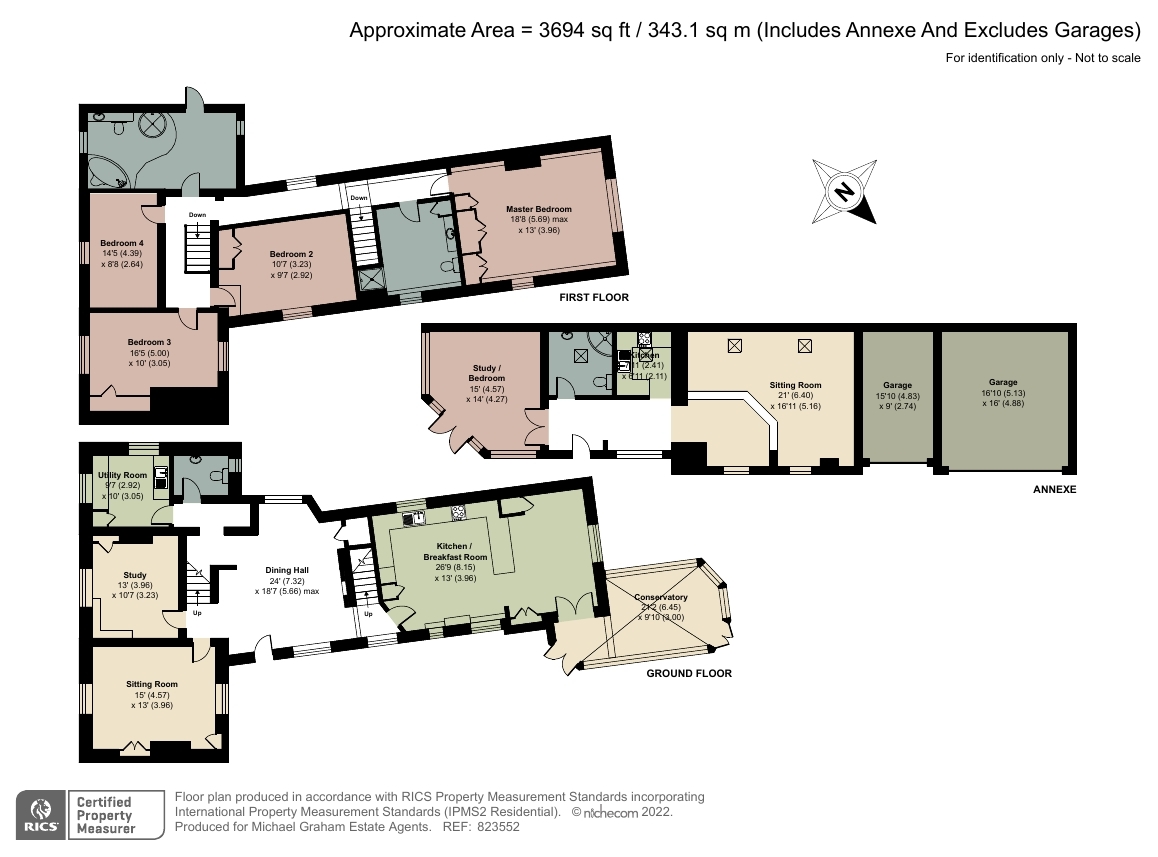 A Grade II listed stone under thatch and slate four bedroom cottage with detached one bedroom annexe, swimming pool, garages, and approaching an acre of private garden in a village location.

The property has approximately 3,694 sq. ft. of accommodation including the annexe. The cottage has three principal reception rooms, a conservatory, a bespoke kitchen/breakfast room, a utility room and cloakroom on the ground floor. On the first floor are four double bedrooms with a family bathroom and a shower room. The plot extends to approaching an acre of gardens and grounds and includes a self-contained one bedroom annexe, which could be used for extended family, as a home office, or for Airbnb rental. There are also garages and a swimming pool. The cottage is accessed via a gated entrance on to a cobbled courtyard with parking for up five cars. The cottage is conveniently situated within five minute’s walking distance of The White Hart public house and Flore Convenience Store and Post office. There is also an eco-friendly Store with a small cafe. Sixfields Leisure is approximately 11 minutes’ drive away with a Cineworld complex, bowling, restaurants and shops.

The property is stone under thatch and slate, dates back to the 17th Century and was thought to have been a public house at one point. Character features include latched doors, original staircases, fireplaces, original windows, along with exposed beams to ceilings and walls.The original part of the cottage was extended, believed to have been completed in the Victorian era, incorporating an adjoining barn to create what is now the current master bedroom, en suite shower room and kitchen/breakfast room. Updates by the current owners have been sympathetically undertaken working around the period features of the property.

The sitting room is dual aspect with window seats overlooking the courtyard and rear garden. There are exposed ceiling beams, and a Jetmaster open fireplace with original built-in display cupboards. There are also further built-in bookcases and storage. The dual aspect hall is currently used for dining but could be used as an alternative reception room if preferred. It has exposed ceiling beams and a fireplace and there is a bar area under the stairs and a built-in cupboard. The study has exposed ceiling beams, a window seat, two sets of built-in shelving and a built-in cupboard. All reception rooms have secondary glazed window with twist latch handles.

The Amdega conservatory is accessed via double doors from the kitchen/breakfast room. It has quarry tiled flooring and two sets of doors to a terraced area and the courtyard garden.

The open plan kitchen/breakfast room is triple aspect with views over the garden and window seats, with storage beneath, overlooking the courtyard. It is fitted with a range of floor and wall mounted units and granite work surfaces incorporating a one and half ceramic sink with waste disposal. Integrated Bosch appliances include a double oven, dishwasher and fridge/freezer and there is a gas hob with an extractor over and a microwave oven. There is also a built-in wine rack with dresser over and a glazed display cabinet. The Karndean flooring sits over the original quarry tiles. The breakfast area is panelled to dado height and has flagstone flooring, space for a table seating six, a built-in shelved larder and a cupboard housing the boiler. There is also room for an American style fridge/freezer or for a sofa.

The utility room has exposed ceiling beams and has a range of fitted full height, wall and base units with inset sink and a built-in cupboard. There is space and plumbing for a washing machine.

The annexe has underfloor heating throughout and is double glazed. Solar panels were installed in 2015. There is a dual aspect study/bedroom with French doors to the swimming pool area and garden. The split level sitting room has a vaulted ceiling and skylights. It has wood effect flooring and a brick fireplace with an inset gas stove.The kitchen area has fitted base and wall units with an inset sink and an integrated electric cooker with hob and extractor over. There is a three piece shower room with a walk-in shower cubicle, wash basin and WC. The wall mounted gas boiler in the shower room also heats the swimming pool.

The landscaped and established gardens are very private and are not overlooked. The rear garden has a split level terraced seating area off the conservatory with hedge, flower and shrub borders as well as an ornamental pond with a water feature. A pathway with herbaceous borders, perennials, roses and Arbutus leads to a greenhouse with a vegetable garden to the side. There are a variety of mature fruit trees including a Sparton apple, Bramley apple, damson, Victoria plum and greengage.The main lawned area is bordered and interspersed with mature trees, shrub and flower beds. There are wild flower areas and a natural pond which is now unfilled and used as a bog garden.There is a garden shed with a compost system and a further storage area, including a wood store behind the trellis fencing around the pool area.The heated swimming pool is 1.2 metres deep and has a swim jet incorporated for resistance swimming. The plant room with the swimming pool pump is located at the side of the nearby annexe.

The recently bypassed village of Flore is situated approximately 7 miles to the west of Northampton and provides amenities including a post office, newsagent, garage/shop, primary school, parish church and a public house. Secondary school children progress to Campion School in Bugbrooke and private schools in the area include Northampton School for Girls, Northampton School for Boys, Spratton Hall, Quinton House and Rugby. The village is well placed for commuters being approximately 3 miles from the M1 (Junction 16) and with access to train services from Northampton, Milton Keynes or Rugby into London Euston. 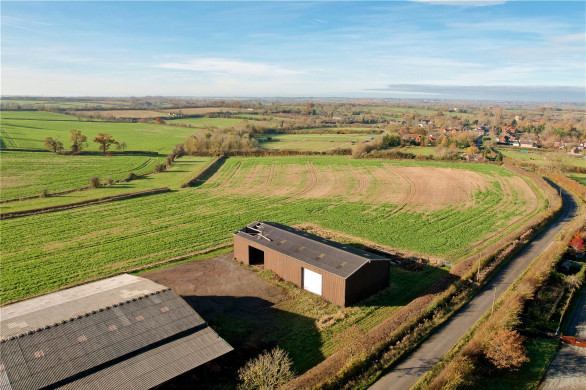 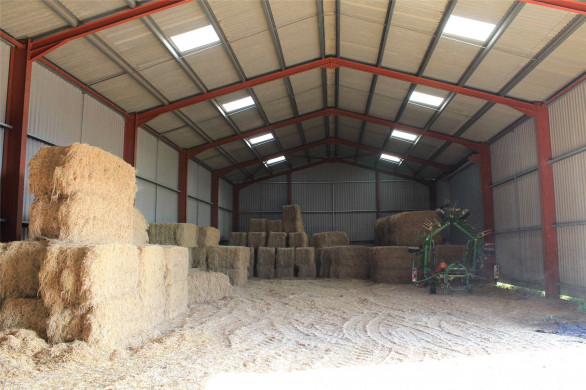 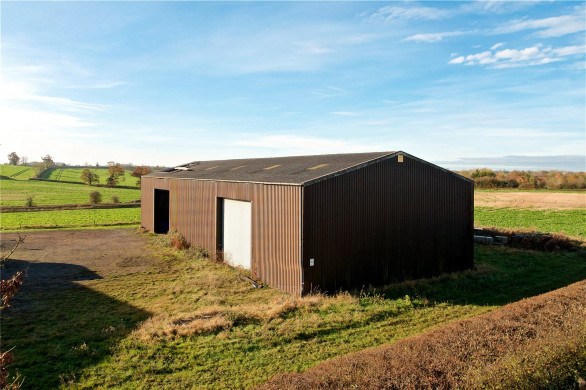