A modern six bedroom detached house with gated driveway parking, a garage, a swimming pool, gyms and a sauna and over an acre of private gardens with views of the church to the rear.

The property is set on a quiet no through lane within walking distance of amenities in the village which include a pub/restaurant and a farm shop. Bus services to the Aylesbury Grammar Schools and the Harpur Trust Schools in Bedford are within walking distance at the end of the lane. The house has over 6,410 sq. ft. of versatile accommodation with a focus on leisure, fitness and entertainment. Wide openings and glazed double doors link many of the rooms and several rooms have bi-fold doors connecting the house to the garden giving a good flow through the space for modern family life and entertaining. The property has a gym, a sports hall and an outdoor swimming pool for fitness and a bar and a cinema room for leisure and entertaining. For working from home there is a study in the house and there is also a home office over the detached double garage.

About the House cont'd

The property incorporates a former barn and has retained the original beams and timbers while extending the accommodation extensively. High specification features include electric underfloor heating throughout, porcelain and Karndean floors, and a bespoke oak and glass staircase. The property has CAT 5 wiring and two routers for high speed broadband, and all the power sockets include USB points for internet connections throughout the house. The Lutron lighting system, the CCTV and the integrated sound system throughout the house can all be controlled via an app or Alexa, and the property also has a commercial grade integrated fire alarm system.Solar panels reduce the energy bills and the swimming pool is heated by an air source heat pump. At the side of the house there is a booster pump which increases the water pressure ensuring instant water to every tap.

The oak front door opens into a double height hall which has porcelain flooring with underfloor heating, and a bespoke oak and glass staircase to the galleried landing above. There is a two piece cloakroom. A lobby off the kitchen/dining room has access to the boiler/server room which houses the boilers which are commercial grade, as well as the controls for the CCTV system.

The sitting room has Karndean parquet flooring and bi-fold doors to a paved terrace in the rear garden. The feature brick inglenook fireplace has a gas fitting and space for a flue to allow a gas fire to be installed if desired. Glazed double doors from the hall lead to the family room which has two windows overlooking the front and also has Karndean flooring. There is a wide opening to the kitchen/dining room and a door to the snug which also overlooks the front and could be used as a 7th bedroom if required. The hall also has glazed double doors to the study which has windows to the front and Karndean flooring with inset chrome power outlets.

The dual aspect bar has Karndean parquet flooring and bi-fold doors to a terrace in the rear garden. There is a range of fitted base units in a U shape with an inset sink and space for a fridge and dishwasher. Wall shelves have space for bottles and glasses. The cinema room is fitted with a ceiling projector and is wired for surround sound.

The open plan kitchen/dining room measures over 29 ft. by 20ft. and has porcelain tiled flooring. The dining area has space for a table to seat at least eight, and bi-fold doors to the terrace in the rear garden. The kitchen area has a comprehensive range of two tone painted base and full height units and a central island which incorporates a breakfast bar with space to seat four. White granite worksurfaces incorporate an inset sink with a flex hose tap. Integrated appliances include two eye level Bosch ovens, a microwave combi oven and a warming drawer. The island has an integrated wine cooler and a Bosch five ring gas hob with a Neff Wi-Fi extractor over. There is also space for an American style fridge/freezer.

The utility room is accessed from the sitting room and has Karndean parquet flooring, a window overlooking the ornamental pond and a door to the garden at the side. It is fitted in same range of units as the kitchen providing additional storage, and has a sink, and space and plumbing for a washing machine and tumble dryer. A door leads to the ground floor wet room.

The gym has windows to the front, mirrored walls and space for four machines. An opening leads to the triple aspect sports hall which measures 37 ft. by over 18 ft. with ample space for additional equipment. The vaulted ceiling has exposed timber A frames and there is Karndean flooring and a wall mounted TV. At one end of the room there is a sauna and a shower room with a shower cubicle, a vanity washbasin and a concealed cistern WC.

The galleried landing has a walk-in shelved airing cupboard which has light and power connected. The dual aspect master bedroom has a bespoke walnut 9ft wide bed and headboard. Bi-fold doors open to a large decked balcony with views of the front garden and the Woburn woods beyond. The Karndean parquet flooring continues into the dressing room which has a range of fitted wardrobes. The en suite has a porcelain tiled floor, a double shower cubicle with a seat and two rainwater shower heads, twin washbasins and a concealed cistern WC set into an array of vanity storage, and a free standing bath with swan neck tap and hand held shower attachment.

Bedroom two has a fully tiled en suite shower room, a range of fitted wardrobes and bi-fold doors to a decked balcony with far reaching views over the rear garden, church and countryside beyond. There are two further double bedrooms which both have en suite shower rooms and windows to the front. One bedroom has built-in wardrobes and the other has French doors to the balcony belonging to the master suite. The remaining two bedrooms both have windows overlooking the rear garden and share a Jack and Jill shower room. The family bathroom has a walk-in double shower, a vanity washbasin, a concealed cistern WC and a freestanding bath.

The gardens are a particular feature of the property, extend to approximately 0.68 acres and have an automated sprinkler system for watering. At the front an electrically operated gate in a curving brick wall opens to an extensive block paved parking area leading to the house and garage. The detached double garage has two up and over doors, and a cloakroom. A door at the side leads to stairs up to the home office above which has four Velux windows, eaves storage and a kitchenette with a range of units spanning one wall. The rest of the front garden is laid to lawn with established, shaped flower and shrub beds as well as space for a golf range and a football net.

Openings on both sides of the house lead to the rear garden which faces almost due south and has views of the village church. The garden is divided into separate areas by shaped yew hedges and feature walls. The first area of the garden, outside the bar and dining room, is separated off by part of an original wall which has a wisteria growing over it. There is a York stone terrace with space for seating, a lawn area with established flower beds and a mature apple tree with a swing seat. The York stone terrace continues by the house and an arch in the wall leads to the next area of garden which is also lawned with established trees and shrub beds. The boundary wall at the bottom includes an alcove, with a pergola over, with space for seating. An arch in a shaped yew hedge leads to the side garden which has ornamental ponds with a water fountain and waterfall. There is also a further paved terrace which connects to the decked terrace by the pool.

The sports hall has two sets of bi-fold doors to the garden. One set opens onto a non slip composite decked terrace which surrounds the swimming pool and has space for loungers. The swimming pool has an automated safety cover and an endless pools fast lane jet system. An oak framed gazebo with a cedar shingle roof shelters a hot tub which is available by separate negotiation.The whole garden is very private. A new house is being constructed next door but evergreen Hornbeam trees have been planted on the boundary to prevent any overlooking.

Little Brickhill has a public house, a church and a farm shop. Woburn is within 2 miles and has a selection of shops, restaurants and public houses. Milton Keynes is within 7 miles and has a railway station with services to Euston taking 35 minutes. The house is in catchment for The Sir Herbert Leon Academy in Milton Keynes and primary schooling is in Bow Brickhill within 3 miles. Private schools include Stowe School and Abbotsholme School. 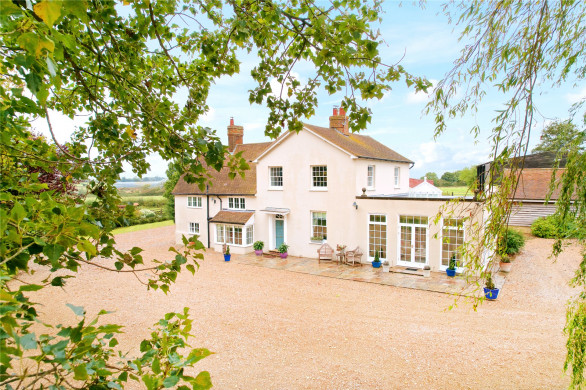 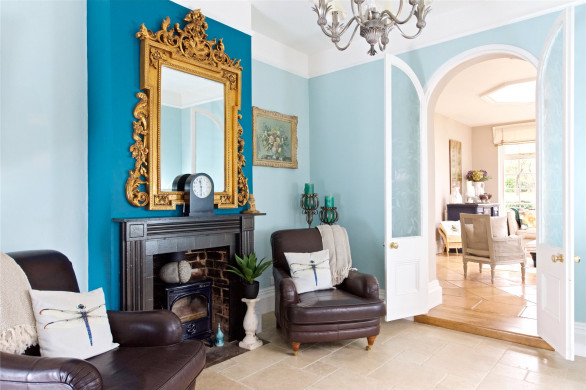 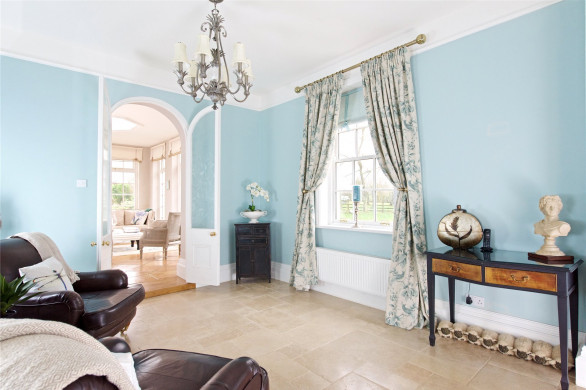