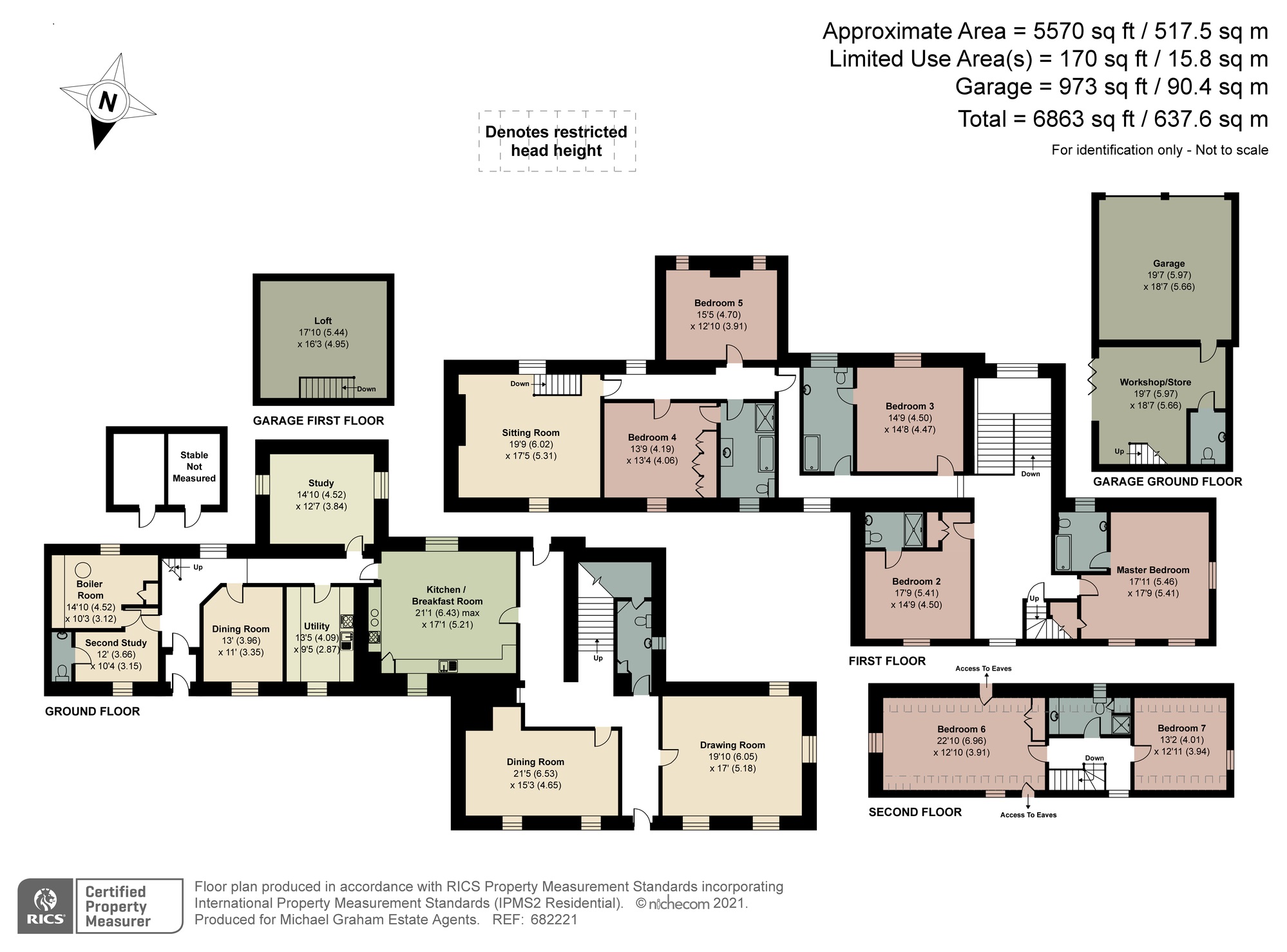 The property has over 5,500 sq. ft. of versatile accommodation set over three floors with seven bedrooms, four reception rooms and five bathrooms. The property retains period features including exposed beams and timbers, fireplaces, and sash windows with shutters and window seats. These features have been successfully combined with modern amenities in the kitchen and the bathrooms. The east wing, which has its own entrance, has sometimes been used as a separate two bedroom dwelling with the utility room functioning as a kitchen. The grounds wraparound the house and include a south facing formal garden at the rear with paved seating areas. The front garden is mainly lawned with established shrub borders and far reaching views over the surrounding countryside. There is extensive parking on the gravel drive in addition to a double garage.

The property originally dates back to 1420 with the east wing added in the 16th century and the west wing in the early 17th century. Some amendments were also made in the 19th century. The property was at one time owned by John Neville, 3rd Earl of Latimer who bequeathed it to his wife Catherine Parr. It is believed that Henry VIII visited the house whilst courting Catherine who became his sixth wife in 1543.

The triple aspect drawing room has an open fireplace with an Elizabethan surround, shuttered sash windows, exposed ceiling beams and internal walls with exposed studwork. The dining room has two shuttered sash windows to the front overlooking the gravelled driveway and gardens, and a fitted corner cabinet with scalloped shelves. The principal reception rooms are linked via flagstone hallways which have detailed cornicing around archways and recessed display alcoves.

The east wing has been used in recent times as a second dwelling with a dining room on the ground floor, a dual aspect study with fitted bookcases, and a first floor sitting room. The utility room has a range of units, a sink and a cooker and effectively doubled as a kitchen for this annexe accommodation.

The dual aspect kitchen/breakfast room has shuttered sash windows, with a window seat to the rear. There is a range of base and wall units and an oil fired Aga set into a former fireplace. The room has exposed studwork in the wall adjacent to the hallway, exposed beams and quarry tiled flooring. There is space for an eight seater dining table and a connecting door to the east wing.

There are five first floor bedrooms as well as the dual aspect first floor sitting room which is accessed via the back stairs from the east wing hallway. The main landing has space for a seating area between the two principal bedrooms. The master bedroom has a three piece en suite with a bath whilst bedroom two has a three piece suite with a double shower cubicle. There are two family bathrooms with connecting doors to bedroom three and bedroom four respectively. The second of these bathrooms has both a bath and separate shower cubicle. There are two second floor bedrooms which share a three piece shower room. One of these bedrooms is currently used as an office.

Double gates to the east of the property lead to the gravel driveway which leads around to the front of the property and parking area. There is a detached stone double garage which has a workshop/store with cloakroom to the rear and loft room above. There are far reaching views across open countryside to the front of the property with lakes on the neighbouring property in the foreground.The formal gardens are the work of the vendors late husband who was a professional horticulturalist trained at Kew Gardens and include a central lawned garden with hedging either side and steps to the upper and lower levels. There is a predominantly walled kitchen garden which houses the oil tank and an ornamental garden to the south of the property with box hedged beds and paved seating areas. There are fenced paddocks with a footpath running between them and to the west of the church to the main street. In total the property extends to 4.23 acres.

The local schools are Weedon Bec Primary School in Weedon, The Bliss Charity School in Nether Heyford, Campion School in Bugbrooke, Quinton House School in Upton, Akeley Wood School, Buckingham and Winchester House School, Brackley. Church Stowe is a small village but there are shops in the neighbouring villages of Weedon and Nether Heyford. 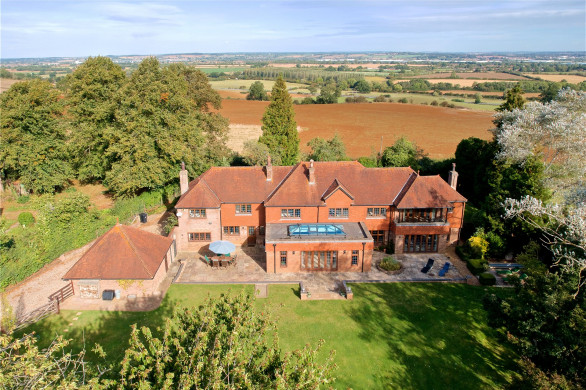 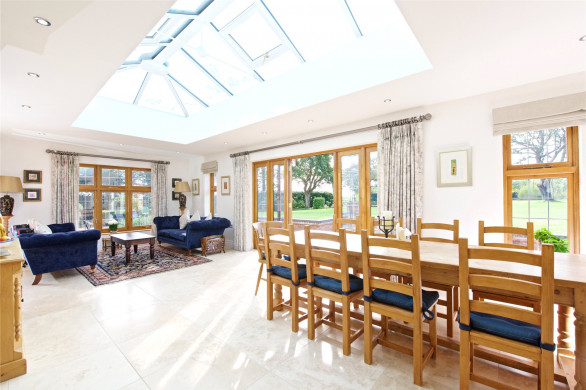 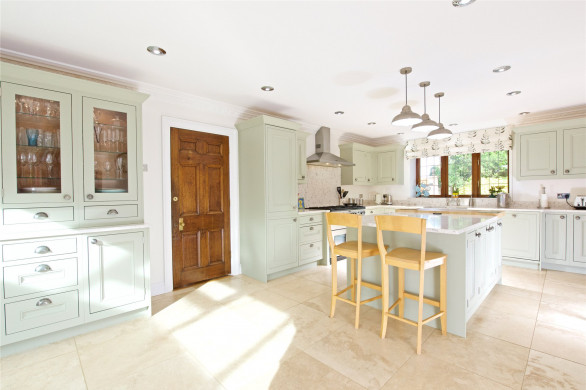