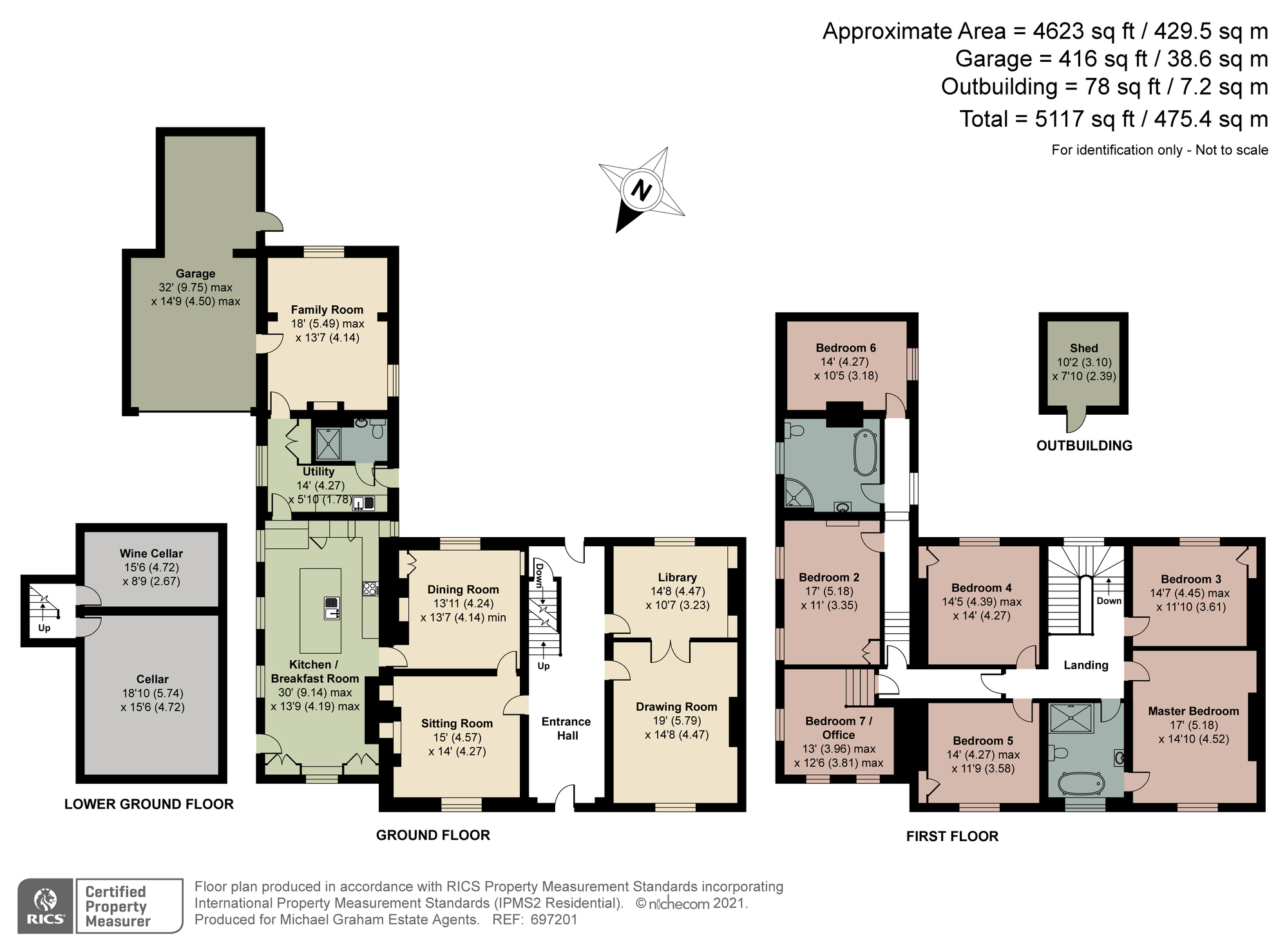 The property has over 5,100 sq. ft. of versatile accommodation with five separate reception rooms on the ground floor, as well as a fitted kitchen/breakfast room, a utility room and a shower room. There are seven bedrooms and two bathrooms on the first floor, and access to extensive storage in the fully boarded loft. One of the bedrooms is currently used as a home office. The driveway provides parking for up to fourteen cars in addition to the double garage. The rear garden has a paved terrace for outside dining and entertaining with the remainder laid mainly to lawn with mature trees and shrubs. The property is walking distance from amenities in the town including shops, cafes and restaurants on the High Street and Sponne School which is on the other side of Brackley Road almost opposite the property.

The house dates back to the late Georgian period and was built in 1820 for a local mill owner who also owned grain stores and a kiln in neighbouring buildings. The original building has the symmetrical facade typical of the period and an extension in 1830 added an additional wing. The main rooms all have high ceilings and there is plenty of natural light from the tall sash windows.

The vendor has undertaken a comprehensive restoration programme which includes a new heating system, and a compete re-wiring. All the doors have had new ironmongery and there are new windows in the extended wing while all the windows in the main section have been refurbished including new cords and weights. The whole house has been repointed and there is a new, English Heritage approved, slate roof. CCTV and an alarm system have been installed. The front garden wall has been rebuilt and has electrically operated gates. The drive has been block paved and has a sustainable drainage system, and there are external uplighters which operate on a timer. The rear garden fence is also new.

The front door opens into a spacious hall which has a tiled floor, a part glazed door to the rear and a cantilevered staircase to the first floor.

The principal reception rooms all have high skirtings and high ceilings with deep coving and ceiling roses. The drawing room has a sash window to the front with shutters, and an open fireplace with a marble surround. The exposed oak flooring continues through double doors to the library which has a sash window overlooking the rear garden, a fireplace and built-in bookshelves in the chimney recesses. The sitting room has a feature fireplace housing a multi fuel stove, oak floorboards and a sash window to the front.

The dining room overlooks the rear garden and also has a fireplace with a multi fuel stove. There are built in cupboards and bookshelves. The family room is off the utility room and has dual aspect windows to the garden, a connecting door to the garage, a fireplace and underfloor heating.

The triple aspect kitchen/breakfast room has a tiled floor with underfloor heating. The sash window to the front has a window seat. The kitchen is fitted in a range of full height, wall and base units, including glazed display cabinets, with granite work surfaces incorporating a double Belfast sink. The central island has storage and a breakfast bar. A recess houses a Total control electric Aga with five ovens and two hot plates. Integrated appliances include a dishwasher and a microwave and there is space for an American style fridge/freezer.

The adjoining utility room also has a tiled floor with underfloor heating and is dual aspect with a window overlooking the drive and a part glazed door to the rear garden. There is a range of units with a sink, a washing machine and space for a tumble dryer. The ground floor shower room is accessed from the utility room and has a three piece suite.

There are three other bedrooms in the main part of the house which all have high ceilings, fireplaces and built-in wardrobes. Steps down from the main landing lead to three further bedrooms in the extended wing, one of which is currently being used as a home office. The second bathroom has a Burlington free standing bath, a separate shower cubicle, a WC and a vanity basin. There is a Victorian style radiator and a feature fireplace.

The property has a plot of approximately 0.36 acres. The front is bordered by a new wall with beds behind planted with specimen trees and shrubs. Electric gates open to an extensive block paved driveway. The attached garage measures 32 ft. by nearly 15 ft. and has an electric door at the front and connecting doors to the house and rear garden. The boiler is housed in the garage. A side gate leads to the rear garden which has a paved terrace for outside dining and entertaining, a lawned garden and several mature trees. Near the house there is a low wall around a tiled area which is the floor of a previous conservatory. 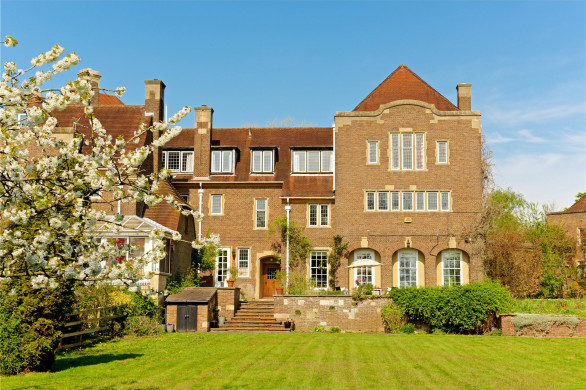 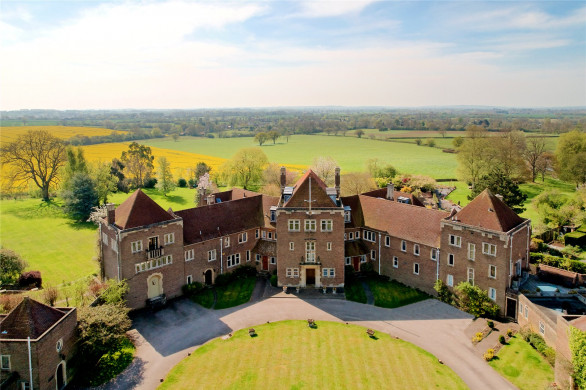 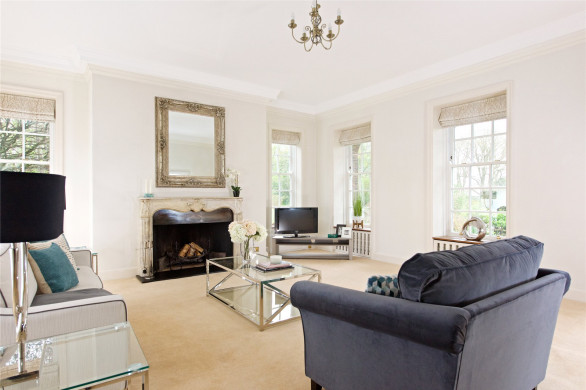