A late 18th century four bedroom detached house, with outbuildings including a home office with an en suite bedroom above, driveway parking, and just over 0.8 acres of established gardens.

The cottage is set well back from the road, walking distance from amenities in the rural village of Askett which is in an Area of Outstanding Natural Beauty and a Conservation Area. The property has a total of 3,127 sq. ft. of accommodation in the house and outbuildings. The main house has three reception rooms as well as an open plan kitchen/breakfast/family room which was created by adding a contemporary accoya wood framed extension at the rear with sliding doors to the rear garden. The rooms on the ground floor are all interconnected by doors and wide openings and several have doors to the garden giving a good flow through the space for modern family life and entertaining. There are four bedrooms, an en suite shower room and a family bathroom in the main house.

About the House cont'd

The former detached garage has been recently converted. The ground floor is currently used as a home office and there is an en suite bedroom above. There is also a further detached outbuilding which is currently used as a summerhouse/store but which has scope to be converted into ancillary accommodation subject to the necessary planning permissions.The gardens are secluded and private, extend to just over 0.8 acres and wraparound the property.

Threeways cottage, was originally two cottages, which were purchased in 1945 and converted into a single dwelling. It has an unusual chalk block front elevation with brick dressings. The rear elevation is the more traditional and commonly found flint with brick dressings. The roof is of old tile. Internally the property retains period features including inglenook fireplaces, ledge and brace doors and exposed beams and timbers.

This open plan room is an extension to the property and has plenty of natural light from a roof skylight, and triple aspect windows and sliding doors to the rear garden. The kitchen is fitted with a comprehensive range of two tone full height, wall and base units, including inset display shelving. The central island has further storage and an inset Franke sink in the Carrera marble work surface. Appliances include a three oven gas fired Aga, a built-in fridge/freezer and an integrated dishwasher. The breakfast area has a built-in storage bench along one wall and there is space for a table to seat ten as well as a seating area with views over the garden.

The master bedroom is accessed via an en suite shower room which has a corner shower cubicle, a WC and a vanity washbasin. The bedroom is dual aspect and has a range of built-in wardrobes spanning one wall.There are two further double bedrooms which both have windows overlooking the front garden, built-in wardrobes and vanity washbasins. The fourth bedroom overlooks the rear garden and has a built-in raised bed with storage below and a built-in wardrobe.The family bathroom has a three piece suite and a window with views over the rear garden. There is also an airing cupboard which has a window to the side and built-in shelving along one wall. There is space to use this room as an occasional fifth bedroom if required.

The gardens are a particular feature of the property and extend to just over 0.8 acres. The property is set well back from the road and has a gated gravel driveway which provides parking for four cars. The front garden is lawned with established flower and shrub borders and mature trees, including Yews, providing screening. There is also an established grapevine growing over a pergolaThe rear garden is fully enclosed and secluded. There is an extensive paved terrace at the rear and side of the house for outside dining and entertaining. There is also a further paved terrace under a pergola outside a timber framed outbuilding which has a vaulted ceiling with exposed beams and timbers and is currently used as a summerhouse and for storage. The building is insulated with heating and power and there is scope, subject to obtaining the necessary planning permissions, to add a bathroom at the rear to create ancillary accommodation.

The rest of the garden is mainly laid to lawn with several mature trees. There is an oak gazebo with a tiled roof situated next to an ornamental pond with a waterfall feature.At the bottom of the garden there is an orchard area with several fruit trees including apples and plums, a fruit cage, and a Gabriel Ash cedar framed greenhouse. There is a double hedge boundary and a rose arch. Nearer the house there is a log store and two sheds.

The detached former garage was converted into accommodation about two years ago. A door at the rear gives access to a gardener’s cloakroom. The ground floor room, which is currently being used as a home office, measures over 20ft by 20ft and has two windows overlooking the drive, a quarry tiled floor with underfloor heating, a built-in cupboard which houses the water heater, and a kitchenette with built-in units and a sink. A separate external door leads to stairs up to a triple aspect bedroom with an en suite shower room.

The cottage is within walking distance of amenities in the village which include The Three Crowns gastropub and an Indian restaurant. The village has an active community with many activities organised through a communal Whatsapp group. For commuters, the property is only 11 minutes’ walk from Monks Risborough station for trains to London in 57 minutes or 7 minutes’ drive from Princes Risborough station which has trains to Marylebone in just 33 minutes.Princes Risborough High Street (1.5 miles) has a variety of shops, cafés, restaurants and supermarkets. There is also a tennis and bowls club, a golf club and schooling for all ages including private schooling at Griffin House School, Little Kimble. The village in also catchment for Monks Risborough School. 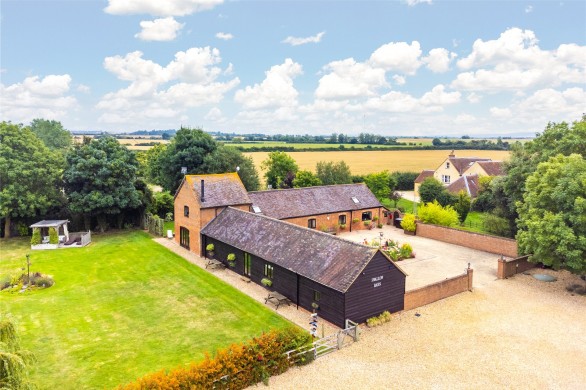 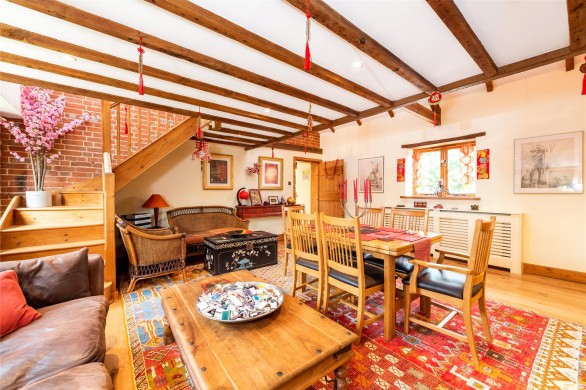 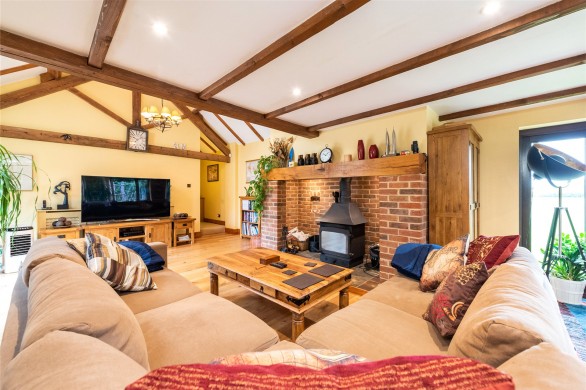 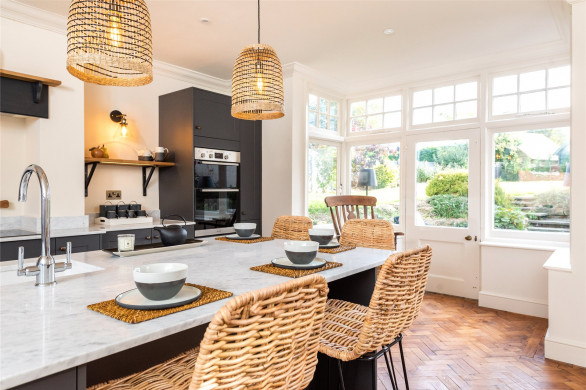 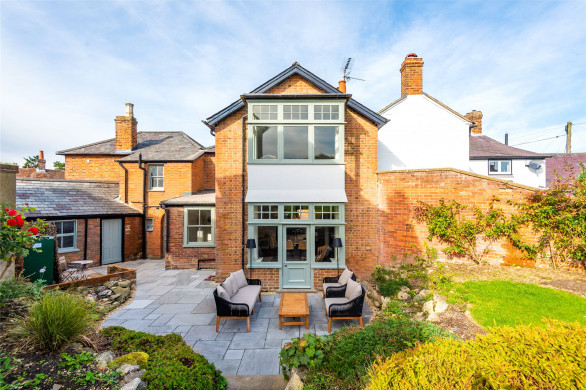 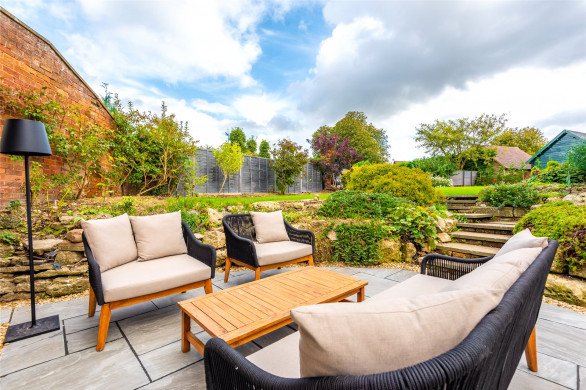