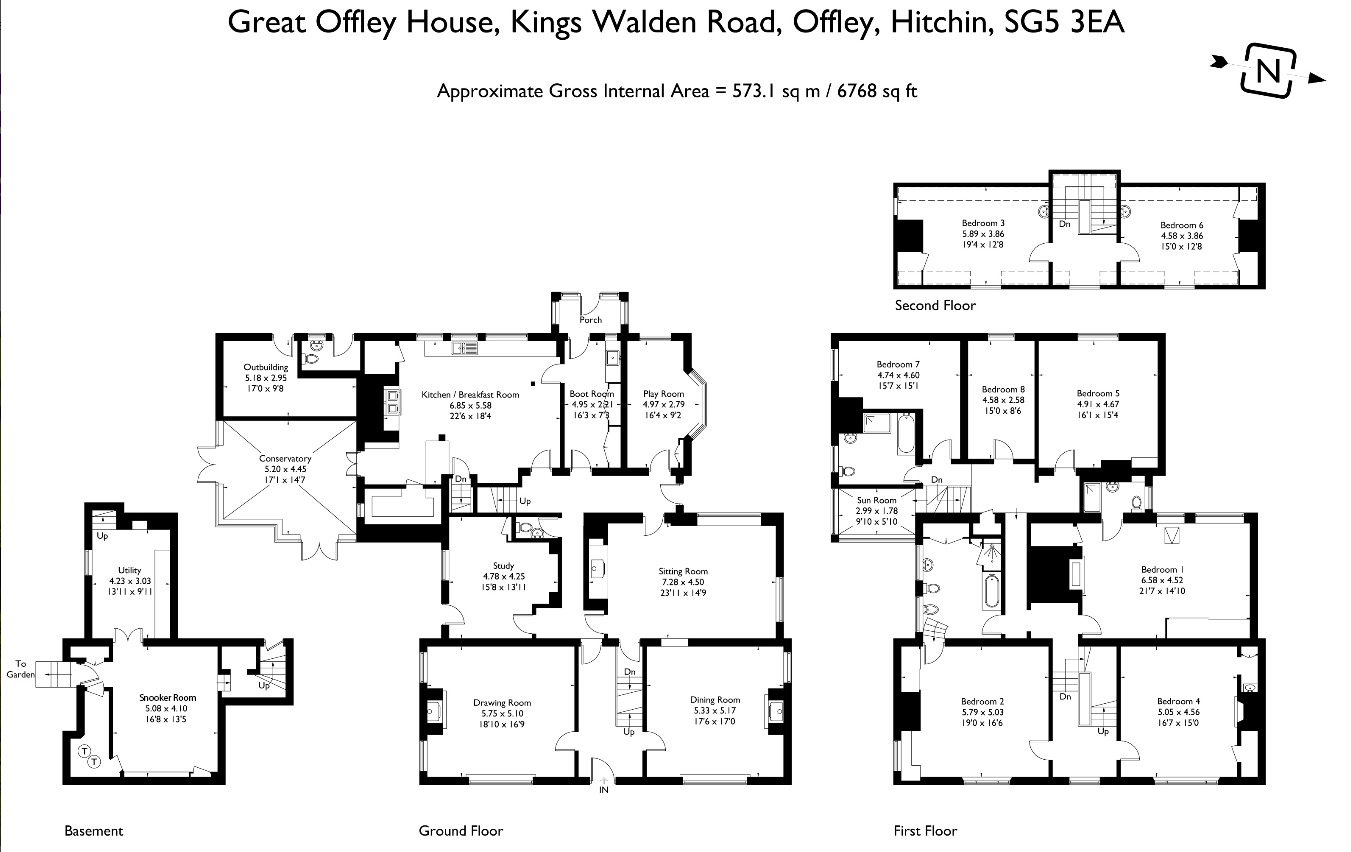 A Grade II listed eight bedroom detached country home with a two bedroom cottage, a swimming pool, a triple garage, and extensive outbuildings in 2.75 acres of gardens and grounds.

The house has over 6,000 sq.ft. of versatile, light and spacious accommodation. There are three principal reception rooms on the ground floor, as well as a study, a playroom and a conservatory. There is also a snooker room on the lower ground floor. There is a kitchen/breakfast room measuring over 22ft. by 18ft., a boot room and a utility room. The principal bedroom has an en suite shower room and there are seven further bedrooms and two bathrooms. The property also has a two bedroom cottage which could be used for guests or rented out, and over 6,500 sq. ft. of outbuildings including garages, barns, stores, a chicken shed and a barn/theatre for parties and events which has its own kitchen, utility room and cloakrooms. The property is set in approximately 2.75 acres of gardens and grounds which include a swimming pool with pool house, an orchard and a walled garden.

The property, which was once used as the Dower House for Little Offley, has a mixture of styles with each clearly visible. The Grade listing report dates the oldest part of the property to a former open hall house from the late Medieval period and some rooms have the exposed A frames typical of the time. The house was extended to the rear in the Jacobean period and extended further in the mid 18th century. The front of the property was re-windowed and modernised in 1802, as evidenced by the date on the rainwater heads, and has the high sash windows and symmetry typical of the Georgian period. The current owner has made several improvements to the property including updating the bathrooms, modernising the conservatory and first floor sun room, adding a cooled wine cellar and relaying the gardens. While renovating the sitting room, the removal of a small Victorian fireplace revealed a large inglenook fireplace with timber bressumer.

The study has a window and door to the side garden. The property has a broadband connection for working from home. There is also a playroom at the rear of the property, a conservatory with two sets of double doors to the garden, and a snooker room in the basement which has built-in storage cupboards and a door to the garden.

The country style kitchen/breakfast room has a quarry tiled floor, exposed beams and timbers and three windows to the rear. There is a range of wooden units, an Aga set in an alcove, a large pantry, and a walk-in fridge. There is ample space for a breakfast table to seat six. The utility room is on the lower ground floor and has a range of units and space for appliances.

The principal bedroom has a window looking over the courtyard, a fireplace and an en suite shower room. There are five further double bedrooms on the first floor and two bathrooms, both of which have a bath and a separate shower cubicle. There is also a sun room with dual aspect windows with views over the gardens. There are two further double bedrooms on the second floor, both with a washbasin and built-in cupboards.

The detached single storey cottage has an open plan sitting/dining room which measures over 23 ft. by 17 ft. and has a fireplace and double doors to the garden. There is a kitchen, a shower room and two double bedrooms with built-in wardrobes. The cottage could be used for guests or extended family or could be rented out.

The timber framed barn measures just under 55 ft. by 27 ft. Like the oldest part of the house it’s at least 500 years old and was converted into a venue for large parties by a previous owner. It has a high vaulted ceiling, exposed beams and timbers, a large log-burning fireplace, a bar and a minstrel gallery. There is an adjoining kitchen/breakfast room and utility room and cloakrooms.

The gardens and grounds are a major feature of Great Offley House, and are laid mainly to lawn with a selection of mature trees interspersed. The walled sunken garden has two productive fig trees and scented roses. The heated swimming pool is located in a secluded area south of The Old Stables and has a pool house, with a clock tower, which has two changing areas and a kitchen area for preparing drinks and snacks. There are wooded areas and a mature orchard, as well as a vegetable garden.

The property is in a rural location surrounded by open countryside but is within walking distance of amenities in Great Offley and Offley Hoo which include a local general store, a butcher, two public houses, and a primary school. For a wider range of amenities, the property is only 10 minutes’ drive from the market town of Hitchin which has a range of shops, regular markets, and independent cafes, restaurants and boutiques in the town centre. Leisure facilities include a swimming pool and the Queen Mother Theatre. Hitchin’s boys’ and girls’ schools are both rated outstanding by Ofsted. Hitchin has a great community spirit, with a variety of community groups and events operating throughout the year, and sports clubs, including football, rugby, cycling, tennis, badminton, fencing and running. Hitchin railway station is on the Great Northern Line and journeys to London and Cambridge both take around 30 minutes. Thameslink trains have direct routes to stations including Kings Cross, St Pancras, Blackfriars and London Bridge and onto Gatwick and Brighton. For foreign travel the property is only 5 miles from Luton airport, but is not affected by the airport’s flight paths. 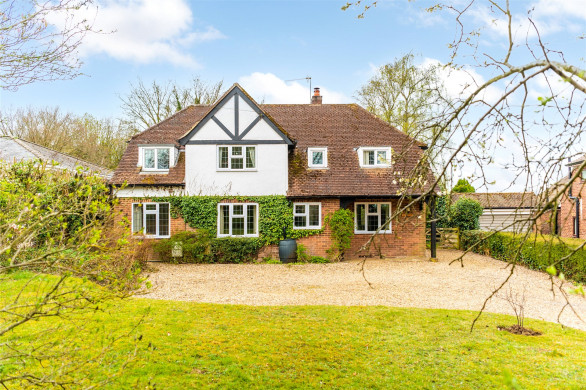 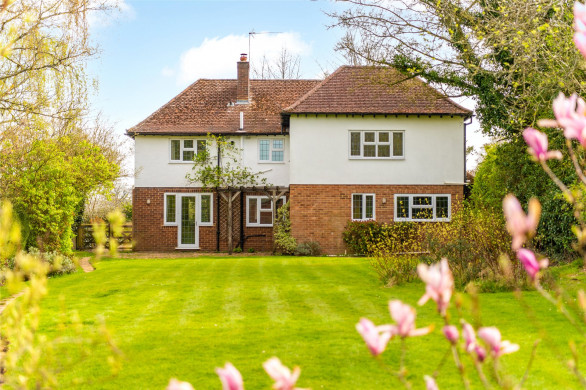 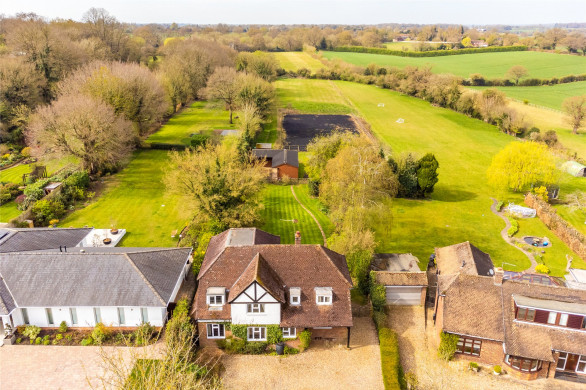 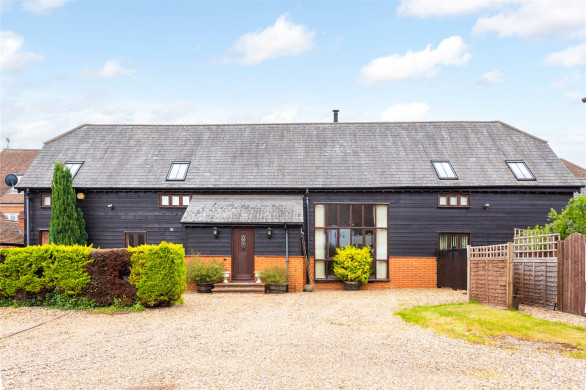 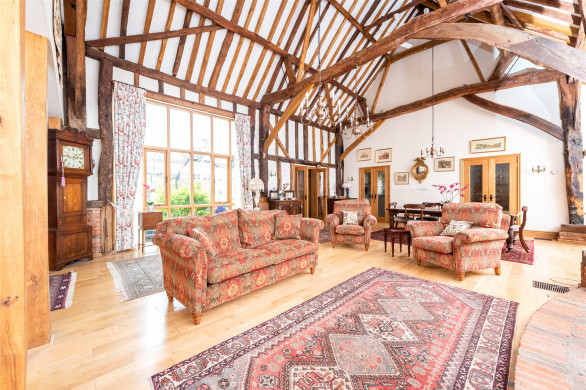 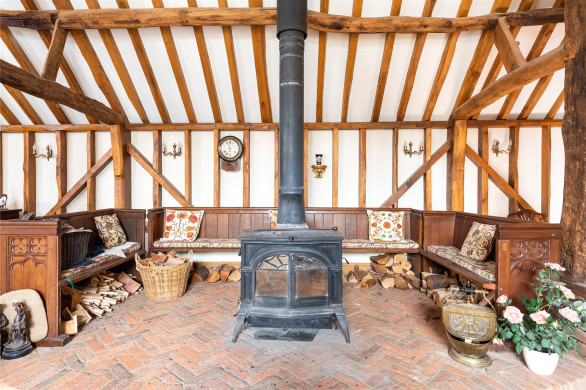