A Grade II listed 18th century six bedroom townhouse with an annexe, a courtyard garden, a garage and off street parking within walking distance of amenities in Hitchin.

The property has over 3,900 sq. ft. of versatile accommodation set over three floors. On the ground floor there are three reception rooms, a Smallbone kitchen/breakfast room with Miele appliances, and a separate utility room. The master bedroom suite, with dressing room and en suite shower room, is on the first floor with two further bedrooms and a family bathroom. The three remaining bedrooms and an en suite shower room are on the second floor. Gated side access leads to parking and an enclosed walled courtyard garden at the rear. There is an oversized single garage with a self-contained annexe above. Tilehouse street is within a short walk of Hitchin town centre which has a wide variety of shops, pubs and restaurants.

The property is of red brick with a steeply pitched tiled roof with box dormer windows on the top storey and sash windows on the lower floors. The front door has a fan light window above and a surround with fluted Doric pilasters. Internally period features have been retained including deep skirtings, cornices, fireplaces and an 18th century Cuban mahogany staircase which is lit from above by an oculus window on the second floor. The period features have been successfully blended with modern amenities including the bespoke kitchen, contemporary bathroom fittings, two safes, a video entry system, an alarm system and fibre broadband throughout.

The entrance hall has stairs to the first floor and access to a modern two piece cloakroom. The rear hall has a door to the drive and built-in cupboards for coats and shoes. Both halls have York stone flooring which continues into the kitchen/breakfast room and the utility room.

The large dual aspect open plan kitchen/breakfast room is fitted with a handcrafted custom-made kitchen by Smallbone of Devizes. There is a comprehensive range of wall, base and full height units with complementary work surfaces with two inset Kohler sinks, one with a waste disposal unit, and a Quooker boiling water tap. The central island has a Miele hotplate and a breakfast bar to seat four. There are two full height larder cupboards with space between for an American style fridge/freezer. Other appliances by Miele include an integrated dishwasher, an induction hob with an extractor over, and an array of three eye level ovens and a warming drawer. The fourth appliance in this set is currently an AEG microwave but the original Miele Nespresso coffee machine is available to be refitted if desired. There is also a wine chiller, space for a dining table and chairs, and a built-in cupboard housing the sound system and wi-fi controls. A stable door leads to the rear courtyard.

The utility room has a range of white gloss wall and base units and space for a washing machine and tumble dryer. There is also an airing cupboard and a working dumb waiter connects to the upper floors.

The impressive master bedroom suite has a dressing room with automatic lighting and fitted with an extensive range of built-in cupboards, hanging space and shelving. One of the cupboards conceals a kitchenette area with a sink, a microwave and a fridge. The central island has sixteen drawers and there is also a dressing table by the window. The dual aspect en suite has a walk-in shower with a Mira rainwater shower, a bidet and WC set into a range of vanity units and twin washbasins also set into vanity units. The bedroom has air conditioning and two windows overlooking the rear courtyard. There is a built-in cupboard specifically designed for shoe storage and a range of built-in display shelving with space for a TV. There is space for a seating area at one end of the room near the original fireplace which is fitted with a gas fire.

Both the other bedrooms and the bathroom have windows to the front with window seats. One bedroom has a built-in double wardrobe and the other has a range of built-in furniture spanning one wall. The family bathroom is by Philippe Stark and has a freestanding bath, a double shower cubicle with rainwater shower, twin washbasins set into vanity storage and a WC and bidet set in a second range of vanity units.

All three bedrooms have windows to the front. One bedroom has a built-in shelved display unit with space for a TV, and an en suite shower room with a double shower cubicle, a WC and washbasin set into vanity units and a built-in storage cupboard. The middle bedroom has exposed beams, a built-in storage cupboard and a connecting door to the final bedroom. These two bedrooms could alternatively be used to create a suite for a teenager with one room used as a sitting room/study.

The walled courtyard garden has York stone paving with slate borders and inset beds with mature shrubs. There is a covered seating area with two industrial size heaters and an outdoor cinema screen. The oversized single garage has built-in storage and houses two Worcester boilers which were installed in 2018.

The self-contained annexe has a separate council tax band and is accessed via a door from the covered area. On the ground floor there is a shower room, and a hall with a built-in storage cupboard and stairs to the first floor. At the top of the stairs there is a kitchen area with units, a sink, a Stoves hob, a fridge and a breakfast bar. The sitting room/bedroom has a window overlooking the courtyard. This annexe could be used as a guest suite or would be suitable for an au pair.

Hitchin has a wide range of amenities with regular markets, and independent cafes, restaurants and boutiques in the town centre. Leisure facilities include a swimming pool and the Queen Mother Theatre. Hitchin has a great community spirit, with a variety of community groups and events operating throughout the year, and sports clubs, including football, rugby, cycling, tennis, badminton, fencing and running.

Hitchin railway station is on the Great Northern Line and journeys to London and Cambridge both take around 30 minutes. Thameslink trains have direct routes to stations including Kings Cross, St Pancras, Blackfriars and London Bridge and onto Gatwick and Brighton. Hitchin is about 9 miles from Luton Airport with a direct bus service linking the two. The A505, A600 and A602 roads intersect in Hitchin, which is about 3 miles from junction 8 of the A1(M) and 10 miles from junction 10 of the M1. There are several primary schools in Hitchin and secondary schooling at Hitchin Girls School, Hitchin Boys School (both rated outstanding by Ofsted) and The Priory School (rated as good). 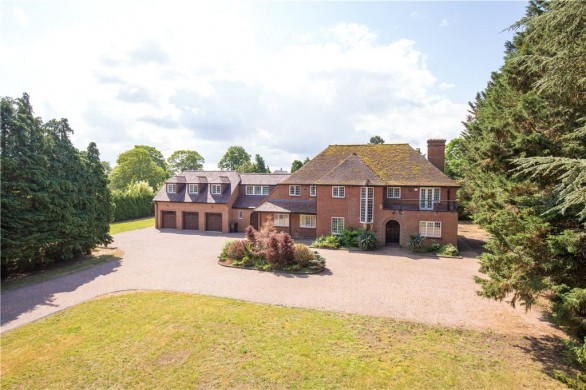 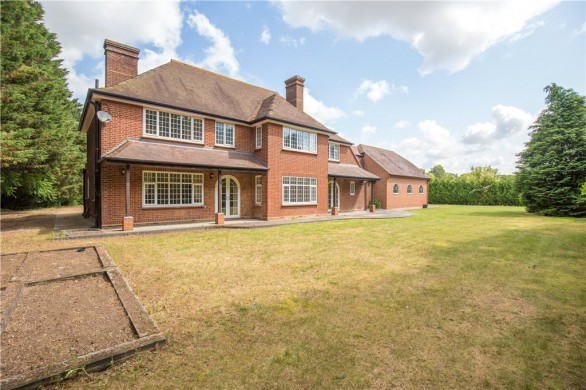 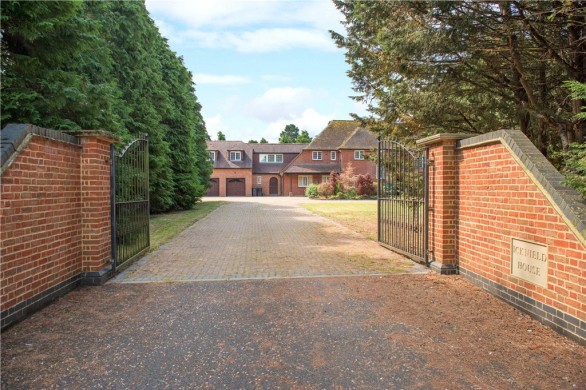