An Edwardian five bedroom detached Cape Dutch style property with a tennis court and outbuildings in approximately 35 acres of gardens and grounds.

The house is situated at the end of a 100 metre long driveway which is lined with horse chestnut trees, and the nearest neighbours are approximately 300 metres distant. The house has lawned gardens on all sides, a walled garden and a sun dial lawn. The house has well proportioned accommodation with a galleried first floor area, five bedrooms, three reception rooms and two studies/offices. Also included is a two bedroom detached cottage (currently let on a month to month basis yielding £10,080 per annum), a detached stable block with a tack rom and three loose boxes, an all weather tennis court and a double and single garage. The total estate is just over 3 acres of formal gardens with 32 acres of grounds.

Double style doors open into a vestibule which has a glazed shelved display cupboard and a door to the cloakroom where a half moon shaped window overlooks the driveway. The main entrance hall has a staircase with an understairs coat cupboard, and there is a bay window to the front with an integral window seat.

The drawing room is to the rear of the property and has a bay window overlooking the rear garden, and an arched recess housing an open Adam style fireplace. Double doors lead to the dining room which also has a bay window with views of the garden, and can be accessed from both the main and service hallways. The family room also has an Adam style open fireplace and overlooks the rear garden.

An L-shaped service hall with built-in storage leads to the remainder of the ground floor rooms including a further cloakroom. The former servants’ staircase leads from here to the first floor. At the far end of the service hallway there are two studies or home offices both of which can be independently accessed from the outside.

The dual aspect kitchen/breakfast room overlooks the walled garden and has a half moon shaped window overlooking the rear garden. It is fitted with a modern range of units with a central island and integrated appliances including a four oven oil fired Aga (for cooking purposes only), electric double oven and hob, fridge, freezer, dishwasher and microwave. There are original built in storage cupboards in the kitchen and the utility room where there is space and plumbing for a washing machine.

The cellar is accessed from a staircase at the front of the house and spans a similar floor area to the entrance hall. The cellar, part of which was previously a wine cellar to the house, is now used for general storage purposes and houses the freestanding oil fired boiler and lagged hot water cylinder.

The galleried landing area spans much of the house frontage and looks down to the entrance hall. It is arranged on two levels and has a window to the front, access to the roof space and a walk-in shelved linen cupboard.

The gardens of the property measure approximately 3 acres with extensive lawned gardens on all four sides, including a sun dial lawn. There is a walled garden, an orchard, a tennis court, a greenhouse and various sheds and outbuildings. There are numerous well stocked flower beds interspersed as well as a number of mature trees, including copper beech, lime, horse chestnut, maple, fir, silver birch and hornbeam. The property is surrounded by approximately 32 acres.

The detached rendered stable block, which includes a double and a single garage, also has a tack room. The loose boxes are independently accessed and include a concreted grooms’ area. There is access to a boarded roof space.

The detached cottage has two reception rooms and two bedrooms. The sitting room and dining room both have traditional tiled open fireplaces and dual aspect windows. The L-shaped kitchen is fitted with a modern range of units and has space and plumbing for a dishwasher, washing machine and a freestanding cooker. A rear hall provides cloaks hanging space and leads to the bathroom which is fitted with a white suite including a bath with fitted shower. Stairs from the kitchen lead to the first floor where there are two double bedrooms. Bedroom one has an en suite cloakroom, and bedroom two has a built-in wardrobe and a shelved storage cupboard.

Riseley is a North Bedfordshire village with a well regarded restaurant/public house, a small local store and village blacksmith. There are many bridleways in the area as well as an abundance of wildlife, with much of the farmland adjacent to the property participating in the Higher Level Environmental Scheme managed by Natural England with the aim of increasing the species richness of flora and fauna. The private Harpur Trust Schools in Bedford, and Kimbolton School in Kimbolton, are within 15 to 20 minutes’ drive, and Riseley falls within the highly regarded Sharnbrook Academy catchment. Bedford station is approximately 9 miles away, where rail links to London St. Pancras take approximately 47 minutes. Riseley is midway between the M1 and A1 and has excellent road connections. 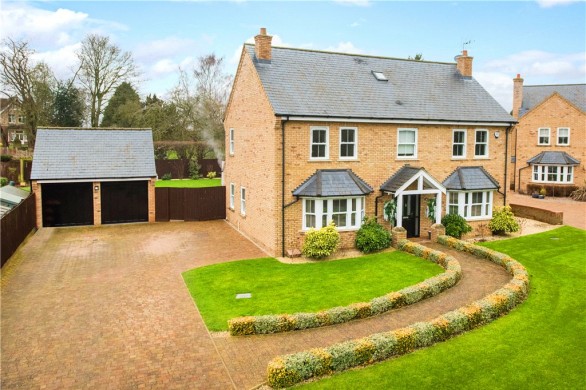 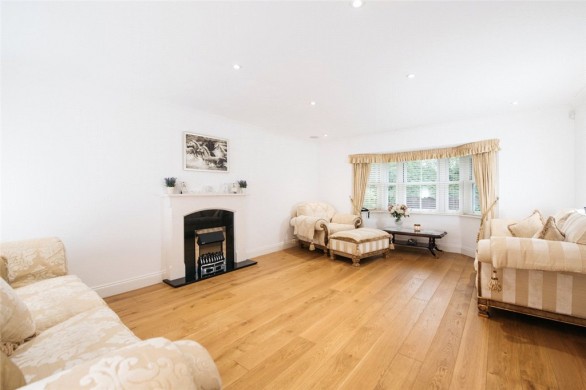 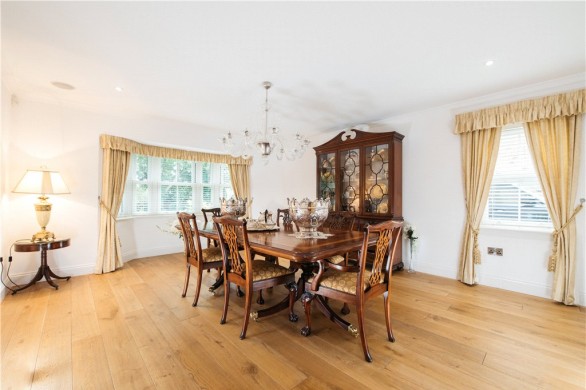